Read more about this journey by checking out my previous acts of self-love.

I went through some of my pins, trying to find something I saved forever ago, meaning to look into, and then never did. Nothing popped out that would be interesting. I thought about looking into Astrology a little bit because I always found it fascinating, but once I started reading, it got a little too complicated for one afternoon of research.

Then I remembered something I’d heard about but never got around to looking into. PLEASE NOTE: If you read further, there are graphic images and information that you will not be able to unsee. I warned you.

Are you still reading?

Let me tell you all I learned about…

Okay, I know what you’re thinking and I know that it’s WHAT THE HELL IS WRONG WITH YOU. You’re trying to build a blog audience and you go from life advice on spreading kindness to duck penises. Yes. Yes, I am. I’m a multifaceted person.

It’s okay if you’re running for the hills because, yes, that squiggly pink thing is a duck penis. Ducks are among the 3% of bird species that have sex.

You might be thinking to yourself: I’ve seen plenty of ducks but nary a duck penis.

Well, there’s a reason for that. The duck penis rests inside the body until it is time to reproduce. It takes only a half a second for a duck to go from inverted shrinkage to savage corkscrew boner of the century.

Are you still with me?

If you are, I’m proud of you. Keep going. It get’s complicated. You could even say the story gets twisted from here.

Male ducks are rapists. While the term that was constantly thrown around in the articles I read was “forced copulation,” it’s pretty clear what that means. So, female ducks have evolved a, wait for it…

Yes, that’s right. The female duck’s body has evolved to ward off unwanted male advances. To properly impregnate a female, the corkscrew penis has to twist properly through the corkscrew vagina and ejaculate in just the right spot. There are many “dead ends” within these curly caverns of female sexual pleasure that can help protect against having a rapist for a baby daddy.

When the female is feeling frisky, she relaxes her internal muscles, loosening her wound up lady cave. This allows the corkscrew penis of the mallard to find it’s way to the baby maker.

The reason that male ducks have been known to pursue unwanted sexual advances is that there are more females ducks than male ducks. Female ducks can be choosy; they don’t have to settle. So, what’s the average duck fellow gonna do? He doesn’t want to disappoint his family tree by not providing an heir, so he forces himself onto unsuspecting lady ducks.

Yes. Ducks have been known to gang rape.

There is a video on YouTube of this happening, but the guy filming it is… a horrible excuse for a human. As he records, he’s whispering, “Yeah. Rape her. Rape that bitch. She deserves it.” You can look it up if you’re still curious, but I don’t suggest it.

So there you go. Now you know about duck reproductive organs and the nature of ducklings.

Knowing how they got here, are they still as cute? 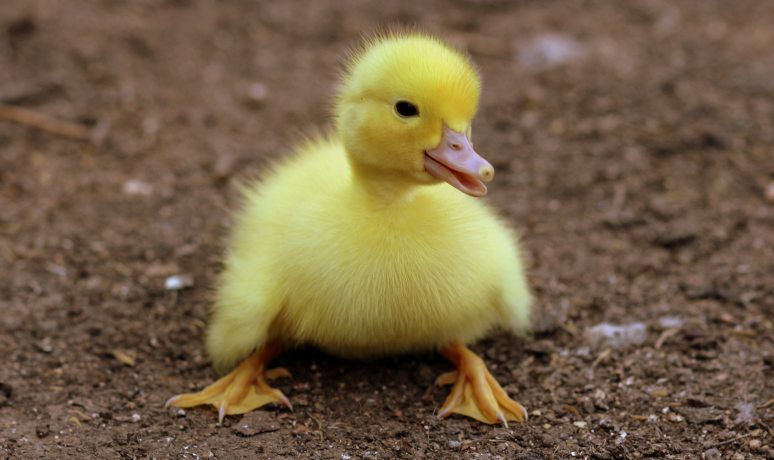 Question of the Day

Q: What the hell?

A: I have no idea. I’ll see you tomorrow.

Oakes, Kelly. “This Is How Ducks Have Sex And It’s Pretty Incredible.” BuzzFeed, BuzzFeed, 22 Aug. 2014, http://www.buzzfeed.com/kellyoakes/this-aint-a-scene-its-a-sexual-arms-race?utm_term=.xkRVg0mjO.